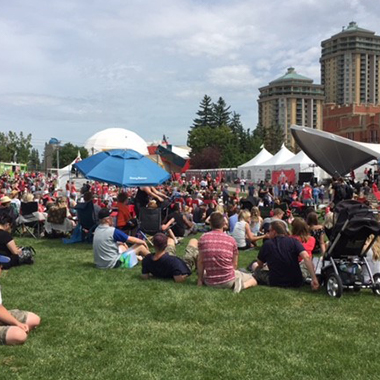 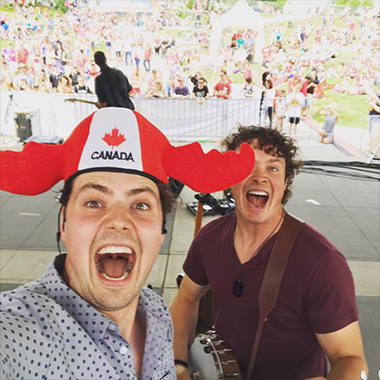 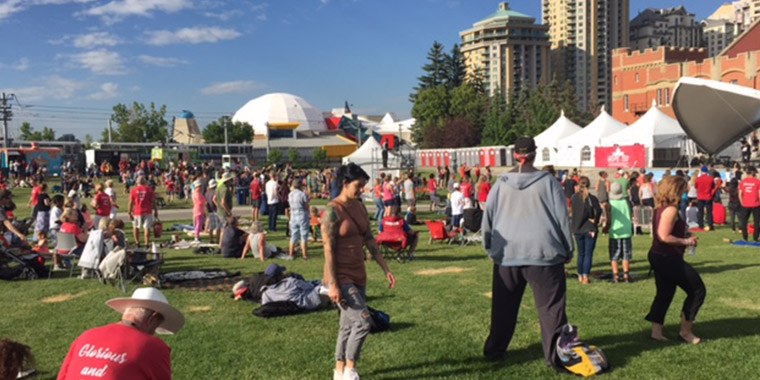 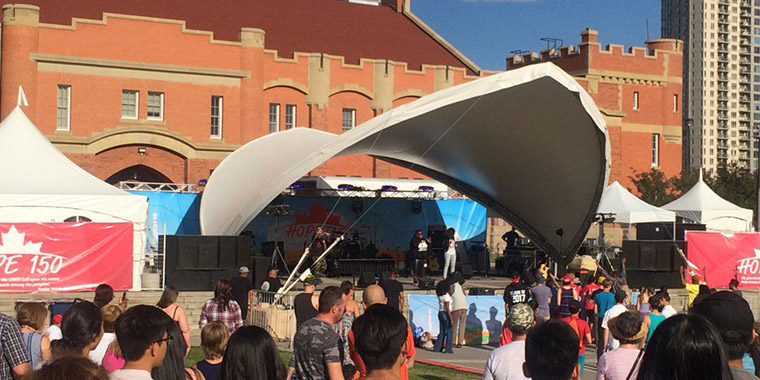 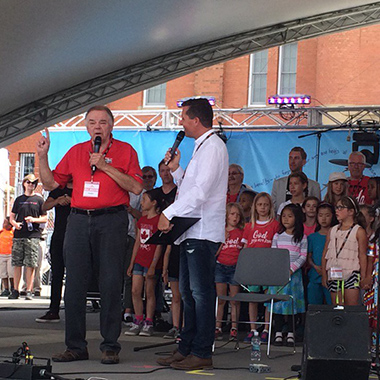 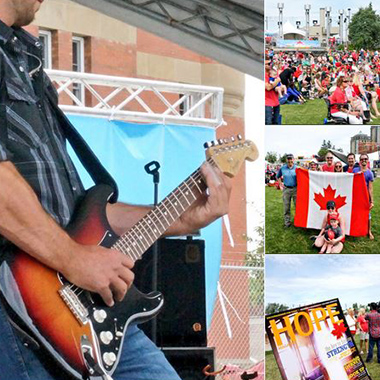 WE ARE THANKFUL TO ALL OF OUR FINANCIAL SPONSORS!!

Calgary Parking Authority & the many City of Calgary departments who assisted with permits, inspections, and provisioning

Plus many Southern Alberta Churches

Plus many more anonymous personal sponsors

Tim Neufeld and The Glory Boys

Tim Neufeld (also co-founder and lead singer of the band “STARFIELD”) is a Christian artist based out of Abbotsford, British Columbia, Canada. He and the Glory Boys (A world-class Canadian bluegrass trio) have shared the stage on cross-Canada tours with artists such as Third Day, and most recently, his worshipfulness, Chris Tomlin.

Tim’s sophomore album ‘THE JOY’ (a collaboration with ‘The Glory Boys’) released in September 2014 to critical acclaim and earned a JUNO 2015 nomination.

Tim Neufeld & the Glory Boy’s brand new album ‘HOOTENANNY!’ (released September 16th, 2016) has them picking up right where ‘THE JOY’ and the ‘Joyride Tour’ left off.

Luke, J.J., Ty, Brock and Dusty - a.k.a. The Hunter Brothers - are the epitome of Canadiana country. The five brothers from Shaunavon, Saskatchewan, grew up singing gospel with their family across Canada and the U.S., working on the family farm and playing hockey for the likes of the Kelowna Rockets to Edmonton Oilers.

After taking a timeout from their various professions -- and on a break from seeding -- the brothers found themselves drawn to the singing that united them in their childhood. Having each played instruments, including piano and guitar, since pre-kindergarten, the boys brought their exceptional talents together and for the first time began to turn their hands to country music.

From the Alberta ranchlands just east of Rocky Mountain House comes western country singer and songwriter Ben Crane. His love for the west country and the outdoors comes through not only in his music, but in his artwork as well. The western cartoonist and Leanin' Tree artist says "What I do beats the hang out of a real job!"

Ben is a family man (wife Sharmon and 2 daughters Stephanie and Jessica), whose music stylings are rooted in traditional country, with hints of bluegrass, jazz, blues and swing, and range from old cowboy ballads to recently-written songs of the western lifestyle to straight-ahead gospel songs that pack a punch; all delivered with warm personality and conviction.

Music has been keeping him busy for over 25 years. With six albums of his own and countless others under his belt in various capacities as producer, engineer, arranger, session player or vocalist, Ben is making a significant mark in the western music field. Several of his projects have been nominated for awards in the US where western music's current resurgence is at an all-time high, and these same albums are receiving airplay as far away as Europe & Japan.

Matt Falk was called “Effortlessly Funny” by the CBC. He’s performed at Just For Laughs & the Winnipeg Comedy Festival. His album; Apple Pie & Scars reached #1 on the iTunes Comedy Charts. It’s currently being played on Sirius XM and was named one of the Top 10 Comedy Albums the year of its release.

He’s worked with Rob Schneider, Gilbert Gottfried, Dave Coulier, and many more. Matt is one of the writers and stars of RocKids TV and the writer of over a dozen shows including the record breaking dinner theatre play; ‘The Big BOOM Theory’. His clean stand-up comedy act has gained him many accolades including placing 2nd in The World Series of Comedy in Las Vegas.

Struggle. That in one word describes the childhood, the life and music career of Robert Wilson. But growing up in poverty didn't stop his love of music, it fostered it. Music became the most important source of refuge in his young life. From the dysfunction around him he learned to reach inside and found a way to grasp attention then would turn around and use it entertain those around him. Today, same story. Different decade. Except he's more well known now as Fresh IE.

Jean Luc (from The Kry)